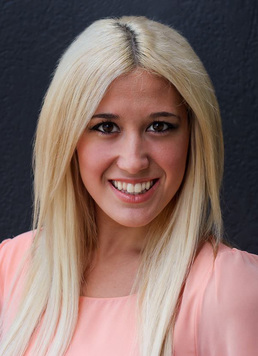 Atalia has also appeared in many Musical Theater productions.  Most recently, she performed as the high soprano in Disney's "Der Glöckner von Notre Dame" at the Stage Apollo Theater in Stuttgart, Germany and as Princess Toragana in the European premiere of the new musical "Marco Polo" at the Admiralspalast Studio in Berlin, Germany.  Additionally, She has performed the roles of Mrs. Bedwin and the Strawberry Crier in Oliver, Betty Blast in Footloose, Electra in Cats, and has performed in many cabaret-style musical concerts in Germany including singing Christine in "The Phantom of the Opera" and Elisabeth in the Austrian musical "Elisabeth".  Her other musical theater credits include Sweeney Todd, Kiss Me Kate, Miss Saigon, Little Shop of Horrors, Joseph and the Amazing Technicolor Dreamcoat, Jekyll and Hyde, and Smokey Joe’s Café.  Atalia is a member of Equity and Spotlight in the UK/Europe.

Atalia has performed in many concerts, recitals, and vocal competitions with the University of Redlands, Pilgrim Congregational Church in Pomona, United Methodist Church in Redlands, San Bernardino Valley College, and ORSO: Orchestral & Choral Society.  With the latter, she performed in big venues in Germany, including the Berlin Philharmonic, Konzerthaus Freiburg, and the Stuttgart Lederhalle, singing a special "Rock Symphony Night", Mozart's Requiem, and Mahler's 9th Symphony. Additionally, she was a two time finalist in the University of Redlands Solo/Concerto Competition in 2009 and 2010.  Atalia has also done much oratorio work including Handel’s Messiah and Faure’s Requiem.

Atalia currently resides in Germany, where she has some upcoming performances.  Check out the events page for specific dates.
Powered by